The Political Construction Conspiracy (A MUST READ!!!) 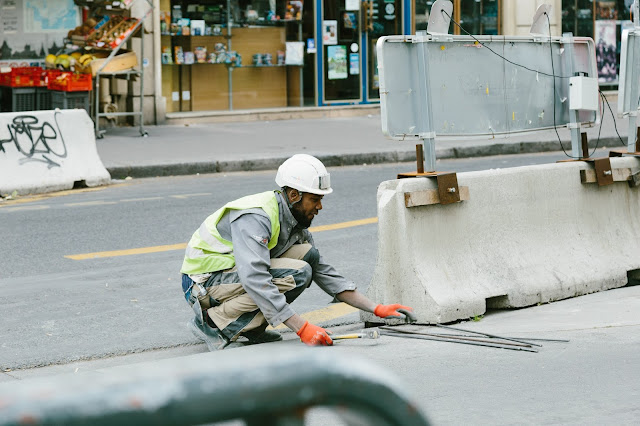 Since the pandemic started running rampant thru communities across the globe in 2020, it has adversely affected traffic in cities everywhere. For some odd reason, it seems as though local governments everywhere have passively green-lighted permits for construction projects while citizens have been given stay-at-home orders. Even at the expense of their own livelihoods. Like us, who are couriers, can't help but wonder why cities have implemented policies that make driving on the highways more challenging...and hazardous.
Now, before you tell me to attend DOT meetings if I want to get involved, let me just tell you, no thanks! Sure, I can write an email to the director or attend a virtual council meeting, but honestly, you'd have to be dumb to not see the precedence set forth by American politics. You know, the simulation. The idea, that you and I are a part of the process when we clearly have no say in the matter. A private firm comes through, pays a ton of money for permits before even having their project approved, and you think your local politicians are going to pass that up over a few disgruntled citizens who may very well have valid points? 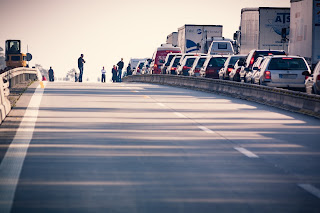 If you live in a big city in or near downtown, do me a favor. Go outside and count how many cranes are in the sky. A driver was recently coming down 4th Avenue in Downtown Seattle one Saturday morning and came across a construction crew installing a new crane in the heart of Westlake on 4th & Pine. The driver pulled over, got out of his car, and told the whole crew to go home. "Is this what I pay taxes for! You already created a bottleneck coming down 4th and now this!? Another crane!?" His argument was that the construction crew was installing yet another crane atop of bottlenecking the 4th Street thoroughfare coming from Chinatown-International District. The driver starts to rack up the cones and the crane installment inflicted so much additional traffic that the on-site police officer couldn't even reach the scene of the quarrel for over 5 minutes. When the officer finally arrived, the situation and the driver being understandably irate, the officer appeared to have handled it all effectively and the driver ended up leaving without further incident. The driver expressed his frustrations and it only took one officer to hear him out. The moral of that story is, even the police feel the burn from all the extra-curricular construction going on...even though he still has a job to do, I guess. The cop gave the driver a fist bump before taking off which conveyed the idea that everything was handled appropriately.
Mistah Wilson, publisher of ThaWilsonBlock Magazine and Host of WilsonBlock100 Radio, calls it the "Political Construction Conspiracy" after experiencing constant delays in traffic due to unforeseen circumstances. "One early Sunday morning, I was driving down the hill from Roxbury when SDot blocked both lanes of traffic right on the peak of the hill just so they can do...gardening on the island partition," exclaims Mistah Wilson. "Like, you know, if there isn't some maintenance being performed then they'll find another reason to want to hold up traffic. It's like, they get a hard-on for blocking traffic and closing lanes." The amount of construction going on at the same time all over town invokes the question of how these projects are being prioritized. There are construction projects going on that have caused an indefinite impediment to the quality of life in the city. You can hear his podcast on this topic here.

Why The World Owes Us Everything 🌍

Take Green Lake in North Seattle for example. Who's idea was it to block off the entire road wrapping around the lake all at the same time? Why wasn't it done in phases to keep a healthy flow of traffic going? And as these questions are raised, I can just see SDot executives and directors rolling their eyes when in reality they just want to work regardless of who is inconvenienced. Another example, take any 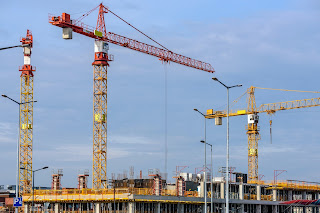 new apartment building development being built along a main thoroughfare. At some stage in the construction, they acquire permits to re-route and/or block road access for a project that doesn't benefit the people it is inconveniencing. There is no tax break for citizens who suffer from traffic delays and such. And just because a construction firm pays for a permit from the city doesn't mean that drivers have to understand. Because as far as we're concerned, you are charging us TO waste our own time.
There are so many traffic infractions as a result of these unethical projects that any money the city generates from them can only make matters worse for everyone else. It can only fund more and more construction that makes living here kinda suck. Then there's the question: how are politicians constantly approving new building developments atop a severe homelessness problem they helped cause? When you start asking these types of questions, it becomes clear that we don't live in a democracy. The subliminal message is telling you that these things are non-negotiable. Call your local senator and watch how far you DON'T get.

And yet, here's another example. Delridge Way in West Seattle. A crucial thoroughfare that helps you navigate this side of town. Construction has held up the entire street! Again, instead of doing it in phases, the whole street is riddled with piles of rocks, cones, and signage just all left there at the end of the day. I've heard a recent report that a driver cracked the bottom of his radiator after running over a cone in the middle of the street on Delridge Way. This way of performing construction has caused extreme hazards for anybody who drives along these roads. And it never gets questioned. Whenever I get a parking ticket, I find the enforcer, put it back on his windshield with the message "Bill to SDot".

Taking A Shower In Lake Washington!?

There is also a suspicious amount of construction being done particularly on sidewalks throughout the city which prompts a notion of the installment of 5G hardware. You know, since the signals have to be so close together to function effectively. Great ploy after giving everyone orders to stay home. No one is driving by to see, question, or observe these activities. Couple all that with Seattle being a tech- 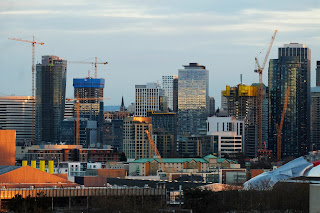 experiment city and now you have a strong case for conspiracy.
And while we're on the subject, let's discuss the West Seattle bridge real quick. I was driving for an auto parts delivery service based in Kirkland, WA. When covid hit, Kirkland was the so-called "epicenter" of the virus in the State of Washington. As far fetched as that sounded to me, I was a driver who had the West Seattle region of accounts. Subsequently, the City of Seattle decided to close the West Seattle bridge claiming there are/were cracks in the concrete and such. But, when you look at the big picture, it compliments the political construction conspiracy as mentioned by Mistah Wilson. Does the bridge need repairs? Maybe. Can't really trust SDot the way they are constantly looking for work. But closing the West Seattle bridge was a great way to circumvent traffic for hundreds of thousands of people to access Greater Seattle. It promotes the stay-home order and allows for more than enough time to install special 5G hardware upon completion.

To call something a conspiracy is to downplay what could possibly be true. America's "herd" approach to governing is toxic and on a path to great destruction. We already know we can't really trust politicians, but these days, you can't trust construction workers, either. I mean, let's face it. They'll build the next nuclear bomb for you as long as you pay their mortgage. Take the Juvenile Jail they are still building in Seattle's Central District. We're talking about a "jail" here. So, when you're passing by and 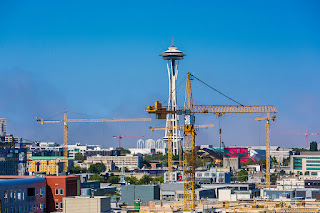 the traffic flagger is doing their job, kinda makes it hard to respect what they are trying to do. Construction workers are not innocent. And until we enact an "Impeding" law, we'll always be subjects in someone else's book.
Ezell's Chicken (SEATTLE) Restaurant Review
I guess I'll go ahead and wrap this up by explaining what I mean by "Impeding". There ought to be an ordinance where city-based projects do not impede on the quality of life for people in the city. I mean, think about it. There's so much construction going on that it makes it difficult to access and appreciate the things that have already been built. If there is no ordinance to protect this quality of life, then what's the point in building to have nice things in the first place if we can never enjoy it? You know, traffic building up may be inevitable, but with the amount of construction going on, it's kind of clear who creates it. Let's press the issue!
Labels: Conspiracy Construction Politics
Location: Seattle, WA, USA

We are your Cost-Effective Solution for Standard & Urgent Delivery of Small Packages not exceeding 50 pounds.
Washington State
Seattle // Everett // Tacoma
(206) 880 - 5869
Southern California
Los Angeles
(626) 817 - 6978
San Bernardino // Orange
(323) 215 - 7858
Who We Are
We are a Personalized Messenger Service Dedicated to The Needs of our Customers! Our drivers are experienced couriers serving 2 major markets on the West Coast United States.
What We Do
We Deliver: Mail, Gifts, Garments, Dry Cleaning, Supplies, Groceries, Documents, Process Servers, Small Errands, Medicine, ​Messages, Merchandise, YOU NAME IT!
How We Do It
No Mileage Fees. No Peak Charges. No Excess Waiting Charge.
***​Same Day, Next Day, & Overnight Delivery Available.***
Call Now for Free Estimate!
We'll Beat Any Courier Pricing!
Satisfaction Guaranteed!
samedaymessenger@gmail.com

"Taylor Michael is consummate professional coupled with a personalized approach. Highly recommended for all of your courier service needs! Thank you, Taylor! 5 Stars!"

"This is an awesome and affordable courier service...I needed an item urgent and it was delivered within the hour directly to my door...I couldn't ask for a better service...the messenger was respectable and the transaction was made simple...I would definitely use this service again and refer it as well...thanks again!"

"This a great business, I experienced great feedback and had five cases of water delivered on time and they were very generous on helping me with carrying them to my door step...very good value for a courier service!"

"Just got into town at 9pm for business and needed some last minute pick up and drop off Michael from low cost courier picked up the phone with in seconds and made it all happen within 30 min. Highly impressed. Thank you Michael for the last minute accommodations. Highly recommend. Very professional."

"This is the best of companies. They go above and beyond excellent service. The employees are courteous, intelligent, and well spoken.
This company is dedicated to providing high quality services and I recommend them highly.
By the quality of their service I believe they will grow into another major Washington State company."